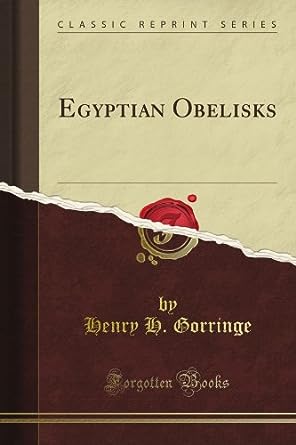 Egyptian Obelisks by H. H. Gorringe was published in 1882 and reprinted in the beginning of the 21st century.


The original version of the book was a stately version published in folio format, ca. 25 x , but the size of the modern reprint has been reduced by more than 50 percent, which means that the letters are rather small. 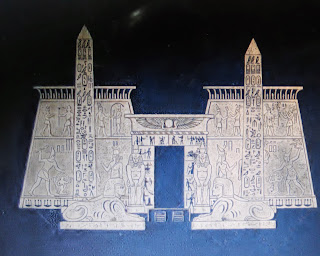 The original version is available as an e-book on the internet. You can read it online or download it to your computer. The advantage of the digital version is that you can adjust the zoom to the size you prefer. The disadvantage is that is it a bit difficult to jump from one place to another. With a real book it is easy to flip through the pages.


Henry H. Gorringe (1841-1885) was a Lieutenant-Commander of the US Navy. In formidable task was given to him: go to in , take down the ancient Egyptian obelisk known as Cleopatra’s Needle, transport it to , and re-erect it in .


It was taken down in 1879; transported to in 1880; and re-erected in in the following year Gorringe published an account of the project. His book includes some chapters about other Egyptian obelisks (written by his friend and assistant Seaton Schroeder, 1849-1922), and therefore it has the title Egyptian Obelisks.


At the end of the book there is an index. Several works are cited in footnotes, but there is no bibliography. The text (187 pages) is illustrated by 45 plates with black-and-white drawings or photos (inserted as extra pages), which brings the total number of pages to 232.


The book is dedicated to the famous American businessman William H. Vanderbilt (1821-1885), who paid the bill for the whole project, slightly more than 100,000 dollars.


Gorringe has written an interesting account of how the ancient Egyptian obelisk known as Cleopatra’s Needle came to . His account is written from a personal point of view, but still very objective. He almost never mentions his personal feelings, but there are two exceptions:


(1) When the Dessoug left with the obelisk safely on board, on , Gorringe was happy that the first parts of the project had been completed; on page 29 he writes:
“To Lieutenant Schroeder and myself the open sea, with the comparative rest and relief it brought, was acceptable and enjoyable beyond expression.”
(2) When the obelisk was swung from a horizontal to a vertical position and placed on its pedestal in Central Park, on 22 January 1881, Gorringe was happy that the project had been completed; on page 47 he writes:
“It was to me an inexpressible relief to feel that my work was complete, and that no accident or incident had happened that would make my countrymen regret that I had been intrusted [sic!] with the work of removing and re-erecting in their metropolis one of the most famous monuments of the Old World and the most ancient and interesting relic of the past on the American Continent.”
There a few minor flaws in this book:

(1) Some of the names and dates used by Gorringe are not used by modern scholars. Here are two examples:


(2) Gorringe believes the two obelisks known as Cleopatra’s Needles were moved from to and re-erected by the Romans in 23 or 22 BC, but the American scholar A. C. Merriam showed in a study (published in 1883) that this happened ca. ten years later, in 13 or 12 BC: The Greek and Latin inscriptions on the Obelisk-Crab in the Metropolitan Museum.


These are all minor points, and therefore I will not complain about them.


Gorringe was on leave from the US Navy while he was working on the project, but he never returned. Having completed the task and his book about it, he left the Navy and entered the world of private business as a shipbuilder. With this he did not have much luck, and sadly his life was cut short by a freak accident. He died in 1885.


His friend Seaton Schroeder was also on leave from the US Navy. He participated in the project for one year, but once the obelisk was safely landed in , he returned to the Navy, where he had a long and distinguished career: he was Commander-in-Chief of the US Atlantic Fleet 1909-1911.


His memoirs – A Half Century of Naval Service – appeared in 1922, the year in which he died. Chapter six of this volume is devoted to the removal of the obelisk from to (pp. 133-150).


Towards the end of this chapter Schroeder says there is a mistake in Egyptian Obelisks. A passage from the Roman historian Ammianus Marcellinus (book XVII, chapter 4) about the erection of an obelisk in in AD 357 has been mistranslated. Here is the faulty translation (page 158):


“… the great stone … was … gradually raised into the empty air, … many thousands of men turning it round and round like a millstone, till it was at last placed in the middle of the square.”
The obelisk will not be raised by turning it round and round, Schroeder says. He suggests that the ancient historian refers to capstans, which are in fact depicted on the pedestal of the obelisk in (today ) which was erected by Theodosius in AD 390 (as shown in the illustration on page 159).


If you are interested in the history of the ancient world, in particular engineering and technology, I am sure you will appreciate this old book. 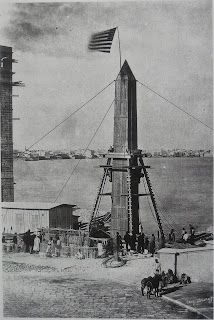 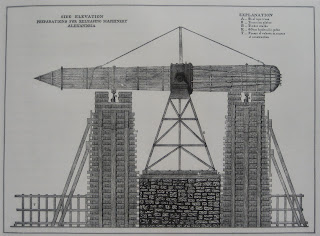 Alexandria 1879: Gorringe made this drawing while he prepared to lower the obelisk 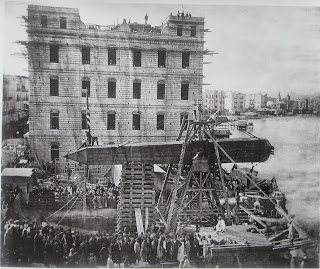 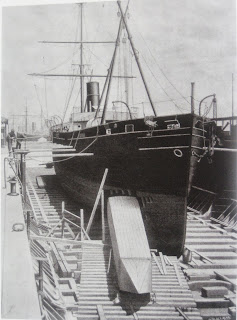 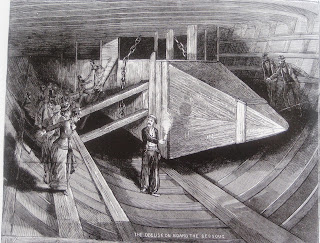 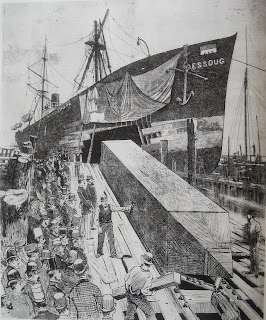 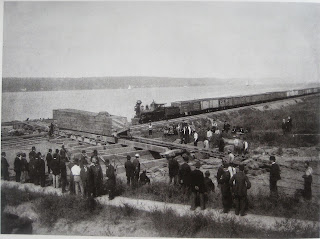 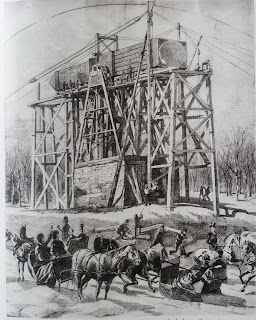 New York Central Park, January 1881:
the obelisk is placed over the pedestal 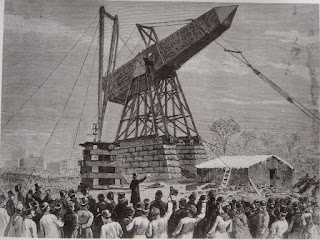 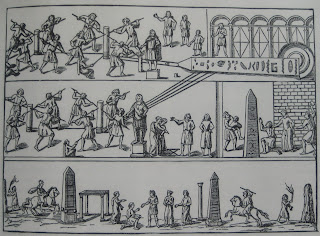 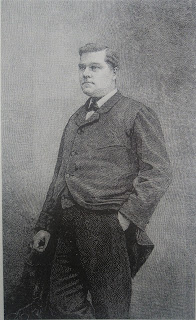 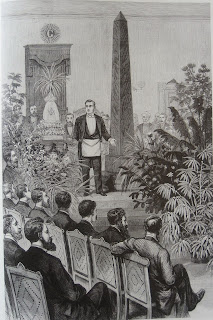 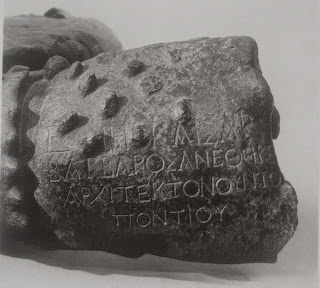 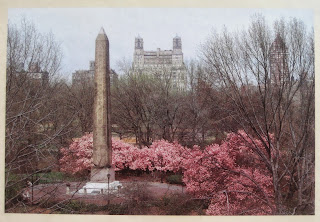 Posted by Torben Retboll at 3:55 PM